The act that should limit food waste will come into force soon. Starting from 1st January 2018, large food stores are obliged to donate redundant food to charity and other organizations taking care of socially disadvantaged persons. Thus the food will help needy persons instead of decaying at landfills.

It is apparent from the amendment of the Act on Food and Tobacco Products that all stores with the floor area exceeding 400 m2 are obliged to donate food they do not need to so-called food banks.

This applies to foods that do not comply with food legislation or store would not sell (and so they would be wasted or disposed of). In practice these are foods that have incorrect or insufficient labelling (product ingredients indicated inaccurately), misshapen packaging, etc. Donated food must be absolutely safe.

And penalties? If retail chain does not hand over redundant food to socially disadvantaged persons, a penalty amounting up to ten million can be imposed on such retail chain. The amendment brings also the requirements of storing and auditing of the goods before transporting them to food banks.

The Ministry of Agriculture has endeavoured to limit food waste for many years. In 2016, the ministry supported activity of food banks with a subsidy program that brought CZK 30 million to the banks. Food banks used the finance for construction of warehouses and their operation and wages for employees.

As, thanks to the amended act, banks expect even greater supplies of foods than last year, they have to recruit. They will be provided with similar subsidy as last year.

After food banks receive redundant foods from particular stores, they distribute them to their clients, among which there are socially disadvantages persons, single mothers, handicapped persons and children's homes. The Ministry of Agriculture issued a particular list of institutions that can receive such food.

World is affected by unhuman wasting

According to European Commission estimates, 90 million tons of food – it is approximately 173 kg per person – is wasted only within the EU.

As for the entire world, according to the Food Organization food at the value reaching to gross domestic product of Switzerland is wasted annually. In the Czech Republic such waste should equal to threatening 80kg per person a year. 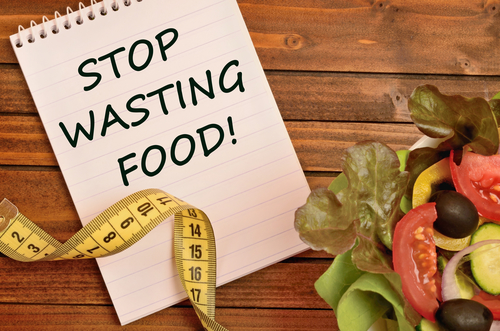