Many Czech food producers and sellers got to like Etiketomat.cz, a tool for calculation of nutritional values. It helps them comply with legal obligation that sets to indicate basic nutritional values since 2016. During half a year after the regulation came into force, Etiketomat saved several millions of Czech Koruna for producers and suppliers. Now Etiketomat has gained international EuroFIR certification that confirms that the users can rely on its calculations.

Testing was conducted by international non-profit organization EuroFIR that selected Etiketomat.cz for testing within the EU NASCENT project (software for indication of nutritional data and claims: service, trainings and innovations offered to small and medium-sized enterprises and business sector in Europe – GA 739622).  The Institute of Agricultural Economics and Information, a department organisation of the Ministry of Agriculture, participated in the NASCENT project thanks to their long-term cooperation with EuroFIR.  EuroFIR collects the best available information on food ingredients and supports use of such data in the research and commercial spheres. Testing was carried out during June to August this year when we received 10 recipes of simple and more complex foods and we let Etiketomat calculate their nutritional values. EuroFIR analysed the same foods using the QIB/NIS calculation and then compared their results with our results. Testing confirmed that the values calculated by the system of Etiketomat are within the tolerance limits defined in the Guidelines for the authorities competent to inspect compliance with EU legislation with regard to specification of tolerance levels for nutritional values indicated on the label. http://eagri.cz/public/web/mze/potraviny/publikace-a-dokumenty/prirucky-pro-provozovatele/prirucka-pro-provozovatele-3.html

Etiketomat.cz has been working since 2015. Its benefit for producers and suppliers increased in December 2016 when the Regulation (EU) No. 1169/2011 entered into force. Seven basic nutritional data – energy value, fat, saturated fatty acids, carbohydrates, sugars, protein and salt contents must be indicated in most food pursuant to the Regulation. Such information can be gained using a complicated formula or laboratory analysis but both of these methods are time-consuming and costly. Etiketomat brought a simple solution of this issue. It is sufficient for the users to enter relevant recipe into the application and they receive the resulting nutritional values for given foods immediately. For calculation we use our own algorithm and still extending database that currently includes more than 1250 ingredients and raw materials and several tens of thousands of nutrient values.

Our application provides benefits not only regarding time but also finance. While the prices of laboratory analyses start at CZK 5000, the average cost of calculation at Etiketomat.cz is CZK 250. In total, Etiketomat.cz has been used for almost 4000 calculations by 1200 users. 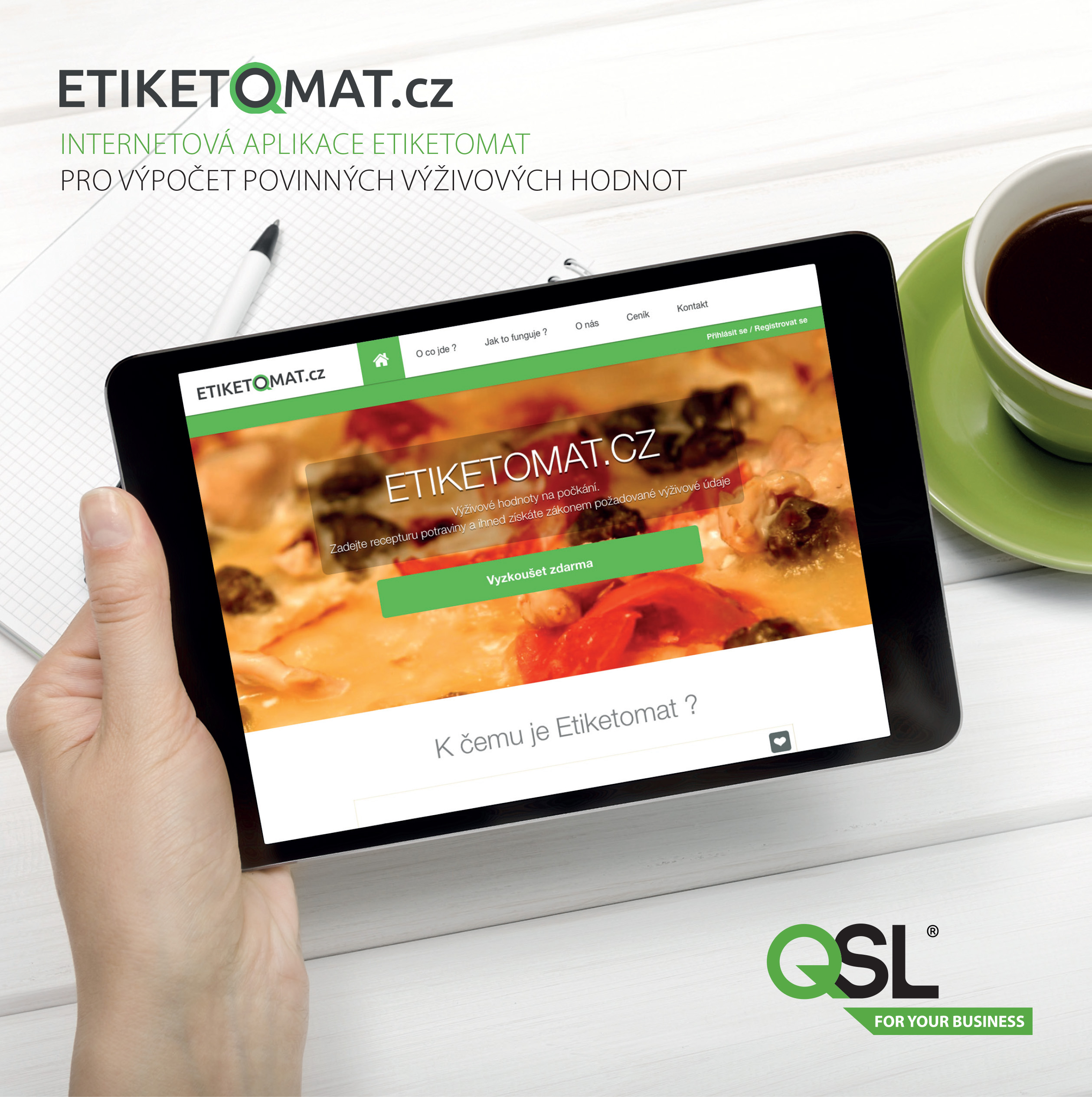